The Cast of Faris Who Talks to Rats: 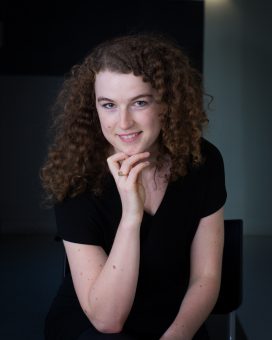 A friend of mine said to me recently: “Charlotte, I never realized how fun being dramatic was until I met you.” As a theatre graduate, retired pirate, and occasional goat wrestler, this might be one of the nicest complements I have ever received. In Farris Who Talks to Rats, I am thrilled to play the role of Farris. I am proud of this play, and to be part of this talented cast and crew. When I’m not onstage, I can be found running, reading, writing rude poetry, or hanging out with animals. I would like to thank my parents for their constant love and support. A special thanks to my mother, who has promised to come to the show despite a deeply ingrained abhorrence for rats. I am also grateful to my brothers for teaching me that toilet humour is the truest and purest form of. Lastly, I am thankful for the audience; without you there would be no show. Thank you for being dramatic with me. 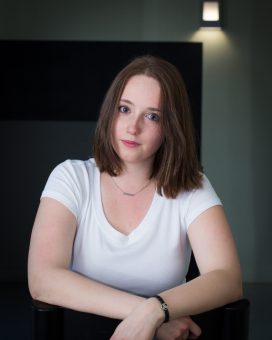 Hey hey Ottawa, I’m Hayley Berketa. This is my first ever Fringe Fest and my first legit theatre gig, so I’m moderately jazzed about seeing your lovely faces in the crowd. I mean, technically I won’t see you, because I need glasses to see distance and I don’t want to wear them during the show because I don’t *actually* want to see your faces, but you know what I mean. I play Trixie, a well-meaning and adventurous fairy on a very important mission, who shares with me an affinity for Hugh Jackman, Harry Potter, and chocolate bars. Trixie is basically a walking Tumblr page, and I’m super excited to play a character that is 139 times more interesting than I am. And considering I idolize everyone who’s ever stepped foot on the SNL stage, I’ll be doing my best to look ridiculous. Hope to see you there! 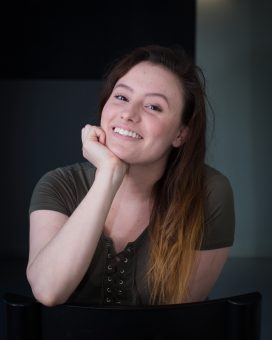 Hello! My name is Vanessa Pauzé and I will be playing Lenostra (as well as A Lady in a Hat). Fun facts about me? I cosplay (costume play for those who don’t know). I really enjoy making costumes from scratch and embodying some of my favourite characters! This means making costumes as well as props which I have even won an award for at the Toronto Fan Expo masquerade last year! I have been doing theatre since elementary school, but this will be my first time doing a Fringe Festival in Ottawa as I’ve only done one prior in Edinburgh with my high school. I am super excited to be apart of this production and I hope you all enjoy it as much as I have working on it! 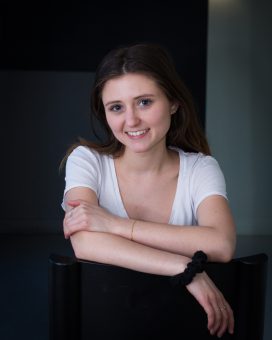 Hello fellow theatregoer. I’m Sophie McIntosh, recent graduate from the University of Ottawa’s theatre program. I’d like to start off and say that I consider myself an actor first and foremost, however I’ve dabbled in stage managing and directing. I spent my last year travelling and studying theatre abroad, thus earning the title of a “cultured individual”. When describing Puck, the word “crazy” has been thrown out a few times. She is indeed nonsensical throughout most of the play, much like my decision to become an actor (as some would say). But hey! What’s more exciting than living it up as a starving artist? Nothing. This’ll be my third time performing in Academic Hall and my first year with the Ottawa Fringe Festival. May there be many more! 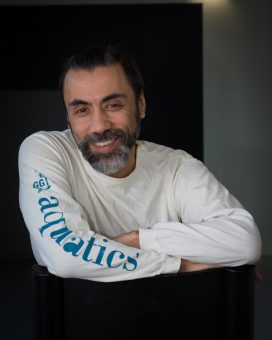 Hidey-ho! Douglas Connors here. Just your basic contemporary dancing, tennis playing, curling nut who believes life is too short to cook without bacon, cream, booze, or butter. Yes! I am THAT fabulous! And said fabulosity is what I have drawn upon to inspire my performances for you today. You may recently have seen me shaking my groove thang as the Judge in Chicago (Carleton Musical Theatre Society); as Jimmy in Priscilla, Queen of the Desert: The Musical, in Naked Boys Singing (where you would have seen MUCH more of me), or as Sister Leo in Nunsense A-men! (Toto Too Theatre); or perhaps I was being all dramatic as Dr Armstrong in And Then There Were None (Domino Theatre) or as Greta in Bent (Flesh and Blood Production); or maybe yet still you are planning to see me later this summer as Maurice in an upcoming production of Sauna: The Musical (Acts to Grind Theatre). Either way, the important thing is that you are seeing me tonight and I am very grateful for your presence and support (as well as that of My Sweetie who freed me up long enough to do this). 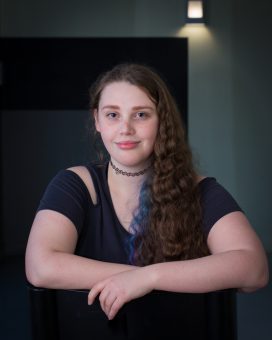 Hi, I’m Jessica I’m a 20 year old theatre and communications student at the university of Ottawa. (So basically a waitress in training.) I play Sprocket, a curious pack rat attracted to the shiniest of objects, cheese, and adventure.  Though most of my theatre experience has been working back stage, I’ve always had a love for preforming. When I’m not on stage I’m usually at the barn working with horses I’ll never be able to afford. I’ve been horseback riding for a decade and competing in horse shows where my first entrance to the world of theatrics.  Although there is far less poop in this show. I’m also a mediocre juggler of adult responsible abilities, and sometimes bean bags. 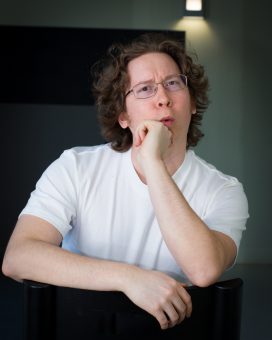 Howdy I’m Mike Kosowan, a homegrown Ottawa clown. When I’m not pulling bunnies out of hats or teaching improv at the Acting Company I can be found playing with puppets. Which is perfect since that’s exactly what I get to in this show! These hands have been inside many puppets. Like a Martian who saved Santa, the Cheshire Cat, a lip-syncing flamingo at Puppets-Up and now as Faucet the RAT. I also produced and performed Incognito: in Wishy Washy at last year’s Fringe.

The Crew of Faris Who Talks To Rats: 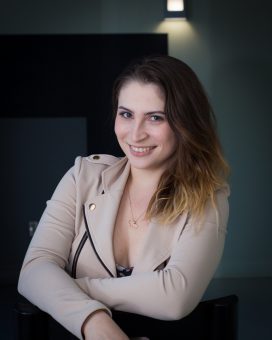 Howdy, I’m Natasha Trepanier. Ottawa Newcomer. Been here almost a year and so far loving it. However, I’m no stranger to the world of theatre. Originally from Montreal, I graduated from the Professional
Theatre Program at Dawson College there, and have since been performing in, and Stage Managing, various productions, including a few at various years of the Montreal Fringe Festival. I am also a hairstylist, so there’s that too.
I enjoy Movies, binge watching Netflix, and Ice Coffee. I’m very excited to be entering the world of theater here in Ottawa, and can’t wait to see where it takes me next!”

Hi, I’m Haven Lamothe and I’m a professional princess. No really… I’ve been competing in pageants since 2013 and am the reigning Teen Miss North American 2018! I have been on stage my entire life: dance, pageants, theatre. I am a current Early Childhood Education student at Algonquin college, and love every minute of it. In my free time, I enjoy singing in the shower, and Muay Thai kickboxing. When I grow up I either want to be an elementary school teacher or a movie star (dream big, right?). Being a part of Faris Who Talks to Rats has been such an amazing experience! This is my first time as a crew member in a production, and it has been super awesome to be your Social Media Queen & ASM! 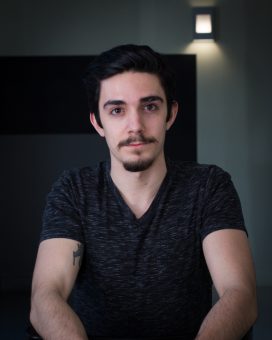 Hi! My name is Jeremy and I like listening to music too loud that it makes my head hurt! I’m thrilled to be sound designing for Faris Who Talks to Rats and creating some rad(?) tunes. My dog would tell you that I have a bunch of very interesting and sometimes bizarre hobbies that make absolutely no sense to him (he’s a dog after all). In my not-spare time I coordinate events and conferences for a local LGBTQ+ charity and travel all around Ontario to different communities. My previous sound design credits include Frankenstein (Algonquin College), Ten Little Sinners (Dead Unicorn Ink), and It’s What Dr. Jenkins Would Have Wanted (Sock n Buskin Theatre). Enjoy the show!